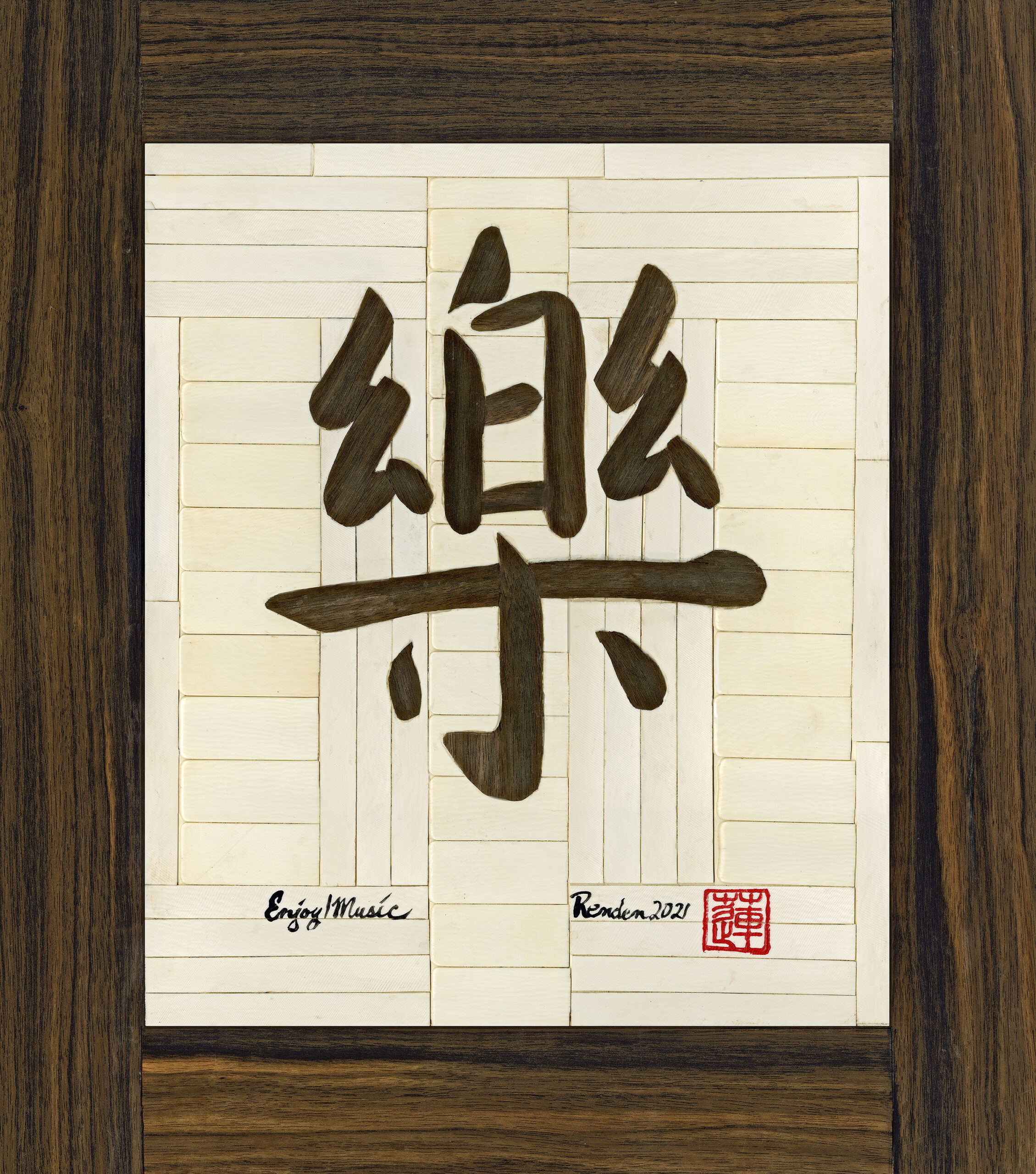 A friend of a friend needed to move a piano out of his house, unfortunately the piano had to be taken apart to get it out the door. The word went out the the piano keys would be available. I wasn’t thinking about anything in particular but just saw black and white. I raised my hand that I would take the keys – that was two years ago. Taking the ivory off of the wood was a chore in itself. I had the ivory glued down to a board but reached an impasse when it came to working with the ebony keys – too many angles, not the right equipment. The keys were buried in my studio as other more accessible projects reached the top.

One day I was showing a neighbor my project and he suggested using other ebony that didn’t have the problems the black keys had. The idea of using ebony veneer was born and it was manageable with my limited equipment. Still took time to carve the lines of the character to inlay the ebony into the ivory. Working outside my usual brush and ink, but staying in the realm of calligraphy, this artwork is now complete!