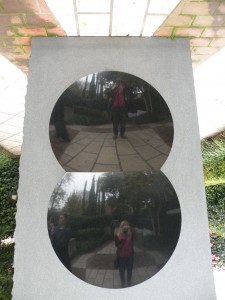 Selfie tuning me upside down

The workshop ended and I had two days before my return to Dublin and then home. As many times that I have been in Venice, I’d never gone to the Peggy Guggenheim Museum. She amassed a collection of modern and surrealist art that is considered one of the best in the world. What an exciting life she led and a patron to artists that otherwise might not been seriously considered. 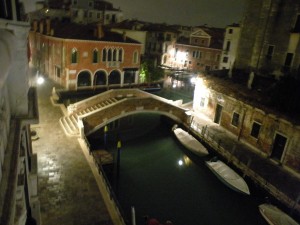 View of the little bridge from Palazzo Minotto 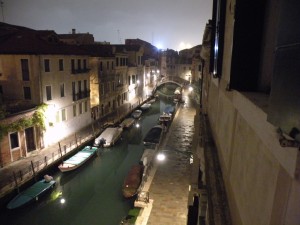 My last day in Venice, I was asked to move from the apartment I stayed in since arriving, to the main part of the palazzo. Kristen, Sabine (who had been at the workshop) and I were having a little dinner party for my last night in Venice when we heard the news of the attack on Paris.

The next morning at the Marco Polo Airport, I noticed that flights were still going to Paris. I got out of Italy without any problem, but when I got to Dublin the luggage carousel took forever to deliver the luggage. It was assumed that the bags were being heavily examined by airport security.

Having done benefits for A World Without Armies while in Ireland and Italy, it gave me pause to think about how the organization views terrorists. I think the basic premise of AWWA is not we do not need protection from negative forces, but that government allocations of funds is heavily weighted to defense, rather then education, healthcare, etc. that would benefit the people. Diplomacy should be fully exhausted before a rush to arms. But, what do you do in a situation that is void of any rational thought?

Now with the Paris attack the Syrian refuges will have an even more difficult time finding refuge in countries. How will authorities discern the intentions of people who say they are seeking refuge? I can see how profiling gets used, because how is a border official going to decide if someone is a threat? It reminds me of the women and children in Viet Nam that would approach troops, the troops thinking that they were benign, then explode a bomb. One huge difference is the fact that they were in a war zone, not the city streets of a country that is not at war. Looks like global paranoia without knowing who to trust. This is my last blog about the trip. 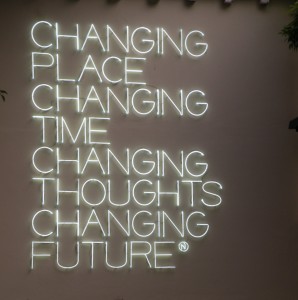