It was a hot summer day and I had been creating in the studio and I went upstairs to lay down for awhile. This was not uncommon but I forgot and had left the door to the studio open. When I went downstairs the next morning I discovered the bag of cat food torn open and the contents gone. When I was in the hospital my neighbors fed my cat for me and I kept the cat food in the studio. I heard a rustling back in the corner, behind lots of stuff. Rather than wanting to confront a wild critter or move all the stuff, I thought I would just leave the door open at night and let the critter escape, just the way it had gotten in.

That evening I went downstairs, but the door was blown shut and I hear music playing. I tried to open the door but it was blocked. Finally I shoved it open, a piece of wood had fallen in front of the door and was making it difficult to open. The radio/CD player was knocked down and somehow the radio was turned on, but in-between stations, so as to create static. In the corner was huddled a small adolescent raccoon. Not wanting to do hand to claw combat, I went out thinking that the raccoon would follow. After waiting a while, I knew that wasn’t going to happen, so I went upstairs and got some crackers. I left a trail coming out of the studio and down the stairs and waited to see if it would come out. Eventually it came out and it was not one, but two adolescent raccoons – no wonder the music was on, they were having a party! A few days later I was telling my friend, Pat, about the invasion and she told me about tanuki’s and I thought that was a more appropriate name for my two marauders. I’m attaching a piece of my artwork that I think the tanuki’s improved upon. 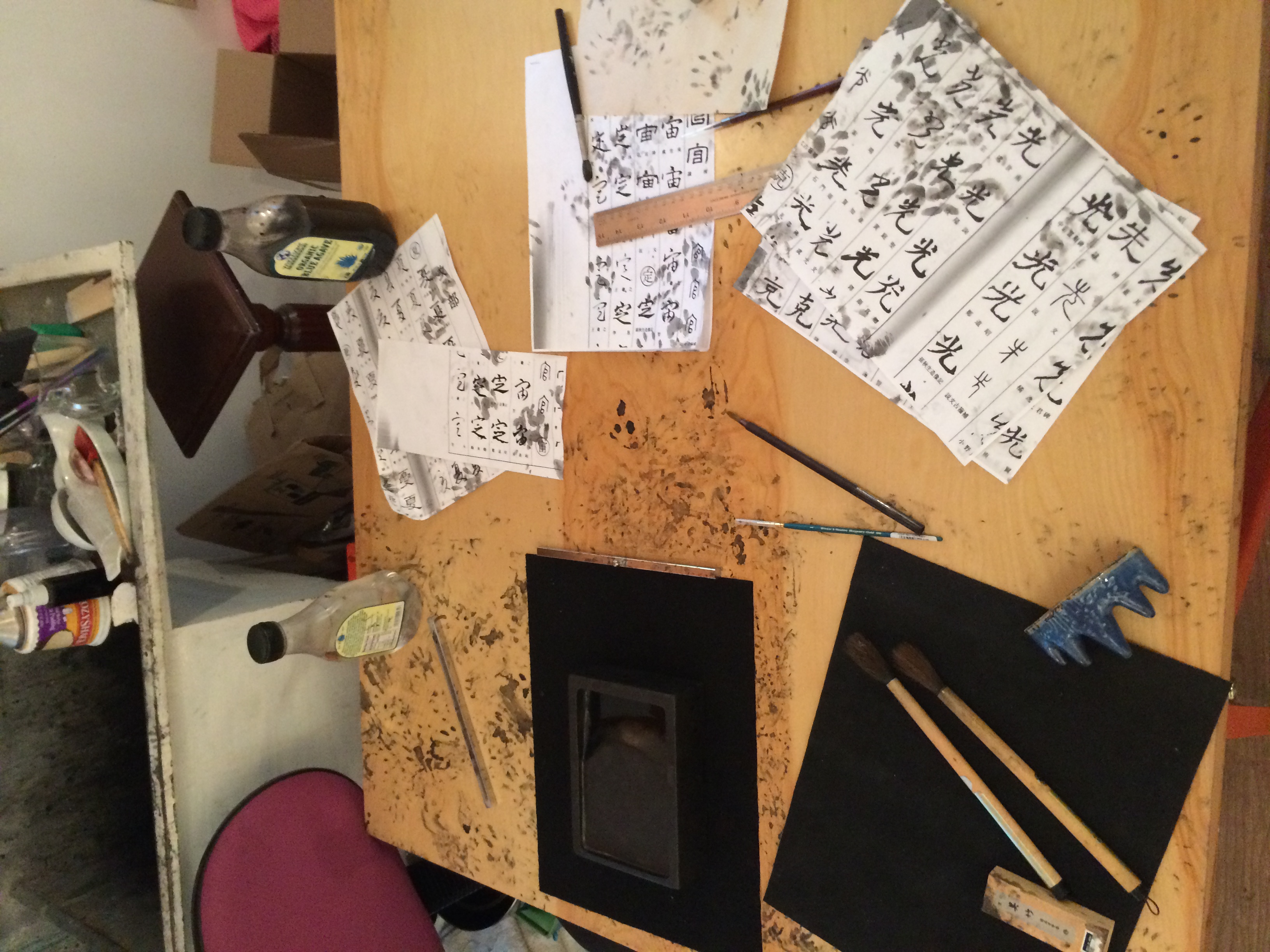 Walking through my ink stone 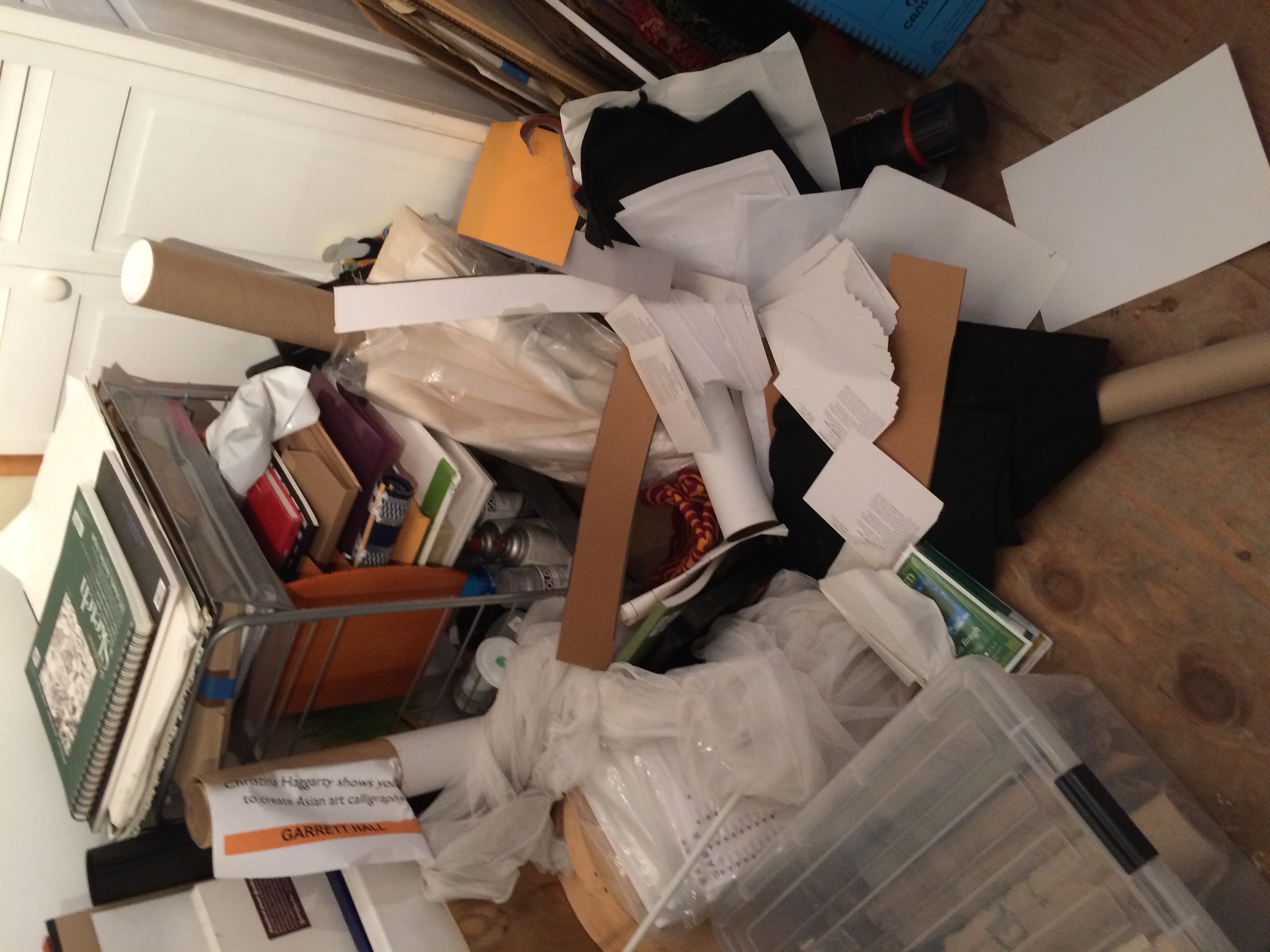 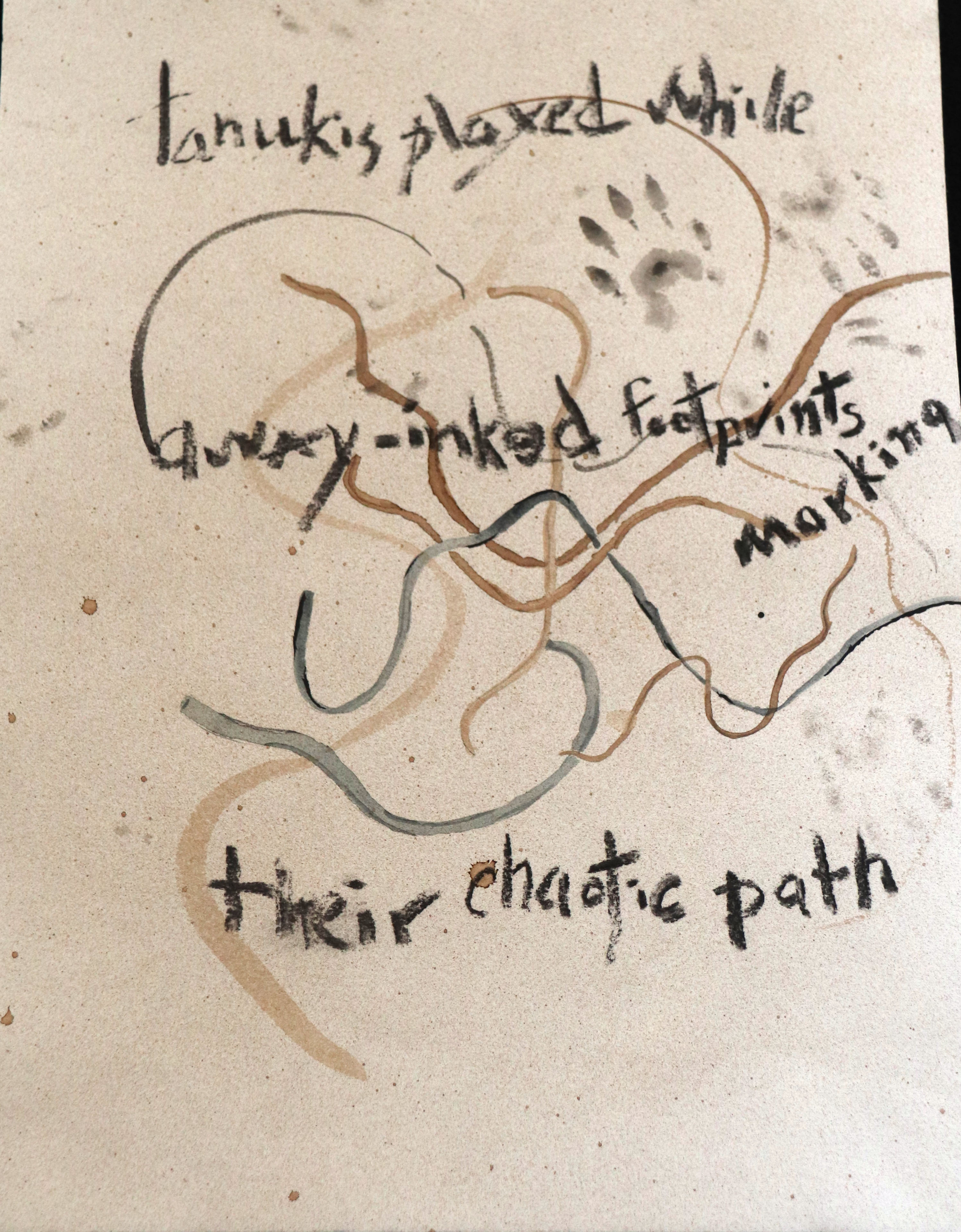 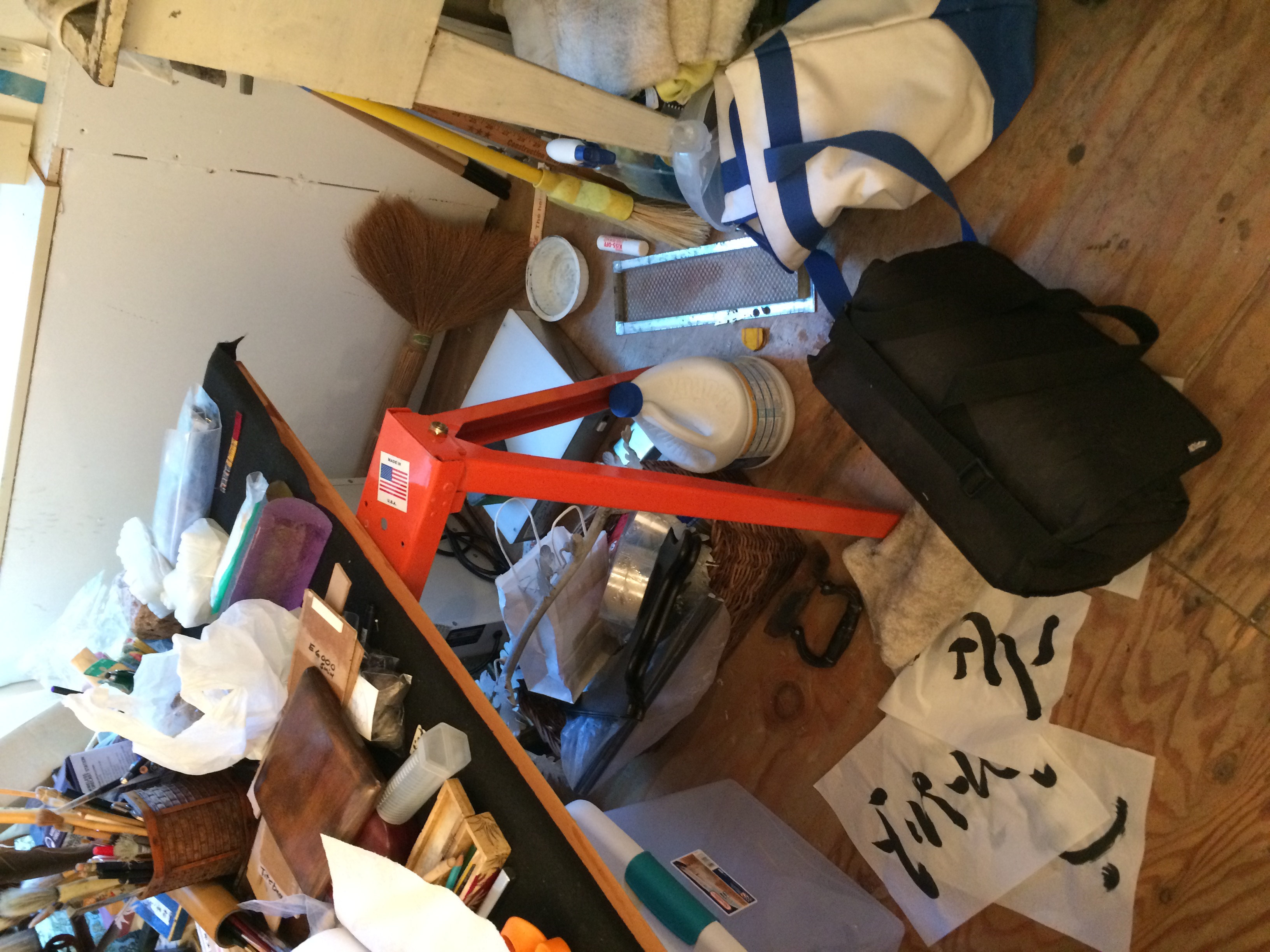