I just finished a five day tour of Northern Ireland and the Atlantic coast. This was one of our stops. 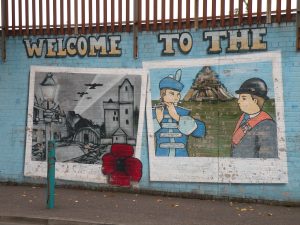 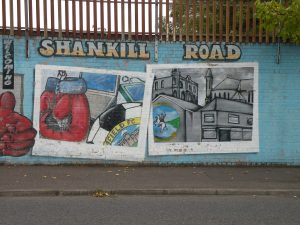 I think at the core of A World Without Armies is the belief that conflict resolution can be done in other ways besides force and violence. But what do you do when the oppressors do not listen to those oppressed? When discrimination happens and those who have the power don’t see anything wrong in their actions, what are those discriminated against supposed to do? Case in point Belfast and Shankill Road is an illustration of the “Troubles” between the Irish and English. 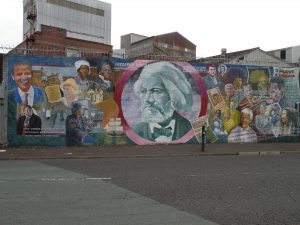 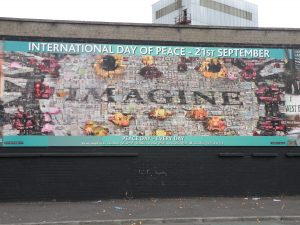 The tour that I was on dropped us at the Titanic Museum, knowing how that story ended, I chose to go with the tour guide, Fergel, into Belfast while he did his tour guide duties. He took me by a pub that still had remants of the Troubles. At the door of the pub was a chain length cage to obtain entry a customer would have to be recognized on a camera inside before the person would be allowed entry; that was to eliminate the fire bombings that would occur during the time of the Troubles. 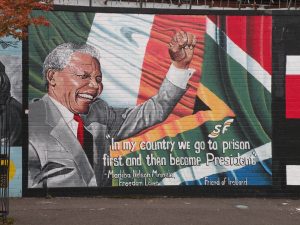 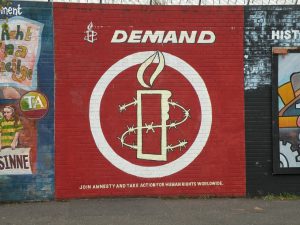 The Troubles have been calmed and for the most part the different factions peacefully coexist. Now in Ireland with the exit of England from the EU there is concern that borders will once again be put up and with those borders what other divisions might arise.